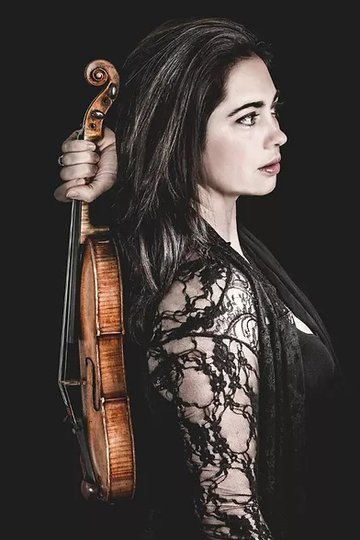 Rochelle Ughetti graduated with an honours degree from the Victorian College of the Arts studying with William Hennessy and Miwako Abe in 2003. She continued her violin studies as a scholarship holder with Professor Maurice Hasson at the Royal Academy of Music in London. Rochelle graduated with distinction and qualifications including Postgraduate Diploma, Diploma and Licentiate of the Royal Academy of Music, and was awarded the outstanding final recital.

Rochelle is a passionate chamber musician and has been a member of the piano trio ‘Trio Anima Mundi’ since 2009. With ‘Trio Anima Mundi’ she has performed many rare masterworks for the genre and released a CD recording of international acclaim. Rochelle has been the recipient of numerous awards including the Harold Craxton chamber music prize and the Marjorie Hayward prize at the Royal Academy of Music, the Victorian College of the Arts Mensa Award for outstanding performance, CD Hume violin scholarship, Classical Concerto Competition prize and Performance Related Studies Award. She was also the winner of the String section of the Hepzhibah Menuhin award.

Rochelle works as a paediatric and vestibular audiologist at The University of Melbourne and is a mother of two young children. Rochelle plays on a 17th-Century violin by Giofreddo Cappa.