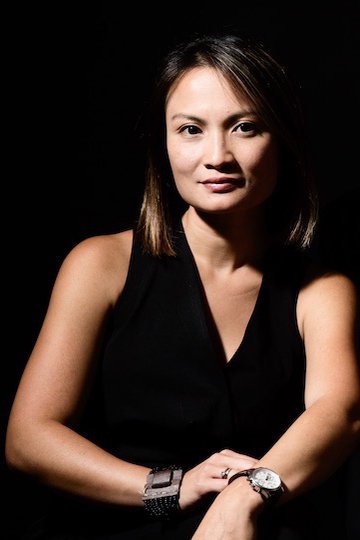 Hailed as a cellist with ‘exceptional talent and innate musicality, one with superb technique and interpretation’ Singaporean cellist Noella Yan has been recognised for her ‘expressive sound’ (The Straits Times). A passionate advocate of new music, Noella has premiered numerous works by composers such as Andre Myers and Jeff Myer amongst many others. Noella is the resident cellist of Trio Anima Mundi, one of Australia’s best-known chamber groups. The trio’s recently released ‘English Piano Trios’ with Divine Art has already garnered much praise, being made MusicWeb International Recording of the Month as well as featured Classical Album on Apple Music. Noella is also a member of Ad Hoc Collective where she collaborated on multi-visual works with composer Andree Greenwell at the Arts Centre, Melbourne and Riverside Parramatta. Formerly artistic co-director of a cross-cultural project celebrating the 50 years of bilateral ties between Singapore and Australia, Noella co-curated a series of concerts across Australasia, including the Parliament House , Canberra. Previous projects include collaborations with dancers and visual artists in the US and Singapore fostering awareness around social and environmental issues.

The critically-acclaimed world premiere of Tan’s Cello Concerto in 2014, written for her, marked her return to performances in Singapore and Vietnam and to performing after a hiatus to look after her two young sons. Noella has appeared with numerous orchestras and given many concerts both as a soloist and chamber musician globally across many prestigious concert venues including Buckingham Palace, the Queen Elizabeth Hall, Kennedy Centre of Performing Arts, Southbank, Xinghai Concert Hall and Beethoven Haus. Her recent performance of the Saint-Saëns Cello Concerto at the Suginami Hall in Tokyo was very well received.

Noella continues to maintain an active schedule as an educator and adjudicator. She directs a cross-cultural Fusion Ensemble at Lauriston Girls’ School and is a faculty member of the International Academy of Musical Arts. Deeply passionate about using music to effect change, Noella founded ARTIF - Art It Forward (www.artit4ward.org) , a non-profit outreach effort that seeks to bring creativity through the arts to underserved communities.