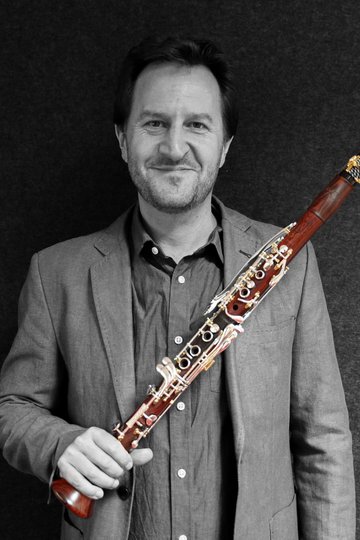 David Griffiths is a member of two of Australia’s leading chamber music ensembles: the Australia Ensemble@UNSW and Ensemble Liaison. He also holds the position of Associate Professor of Music (Clarinet) at the Melbourne Conservatorium of Music, the University of Melbourne.

As a member of Ensemble Liaison, he curates and performs an annual three-concert series at the Elisabeth Murdoch Hall at the Melbourne Recital Centre which is currently in its 17th season. He has also performed with the New Zealand, Goldner, Tinalley, Arcacia, Flinders and Australian String Quartets, the New York Wind Soloists, and the Southern Cross Soloists. He has collaborated with many leading artists including Nemanja Radulović, Ray Chen, Anthony Marwood, Henning Kraggerud and Emma Matthews, and has appeared at the Australian Festival of Chamber Music in Townsville, Port Fairy Festival, Lucerne Festival and the Pacific Music Festival in Sapporo, Japan.

Some recent highlights include a performance of John Adams’ Gnarly Buttons Clarinet Concerto with the Australia Ensemble@UNSW, the Weiland Concerto with the Melbourne Chamber Orchestra, a collaboration with accordion virtuoso James Crabb, Mozart’s Clarinet Quintet and Concerto at the 3MBS Mozart Marathon and the complete chamber works of Brahms in one day in collaboration with Timothy Young, Svetlana Bogosavljevic and the Australian String Quartet.

David’s recordings with Ensemble Liaison of Messiaen’s Quartet for the End of Time for the Melba Recordings label and Trios of Brahms, Beethoven and Bruch for the Tall Poppies label have won high praise from critics around the world.

He is a Backun Clarinet performing artist.